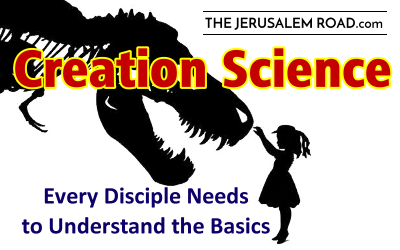 No I didn’t say Christian Science, but Creation Science.  Also called Biblical Creation, this neat field of study about the events that occurred in Genesis, about the creation of the universe, Adam and Eve, to Noah’s Flood.  Did you know that there is an entire set of ministries out there mostly run by scientists who can show scientific research related to Genesis?

I’ve learned that no matter how deep you can get into the science stuff (I’m not a Science Nerd like some of my friends) – that EVERYONE needs to have a basic understanding of Creation Science.  Why?  Evolution is often considered the de-facto standard, although believed dogmatically by faith by many in the academic world, the media, but more importantly it is accepted by common everyday people and unfortunately by many followers of Jesus also.

Believing in Evolution undercuts the very heart of the Gospel Message – that the Bible is God’s Word and is truth, that God created us and the earth, and of Adam and Eve and the fall of man and the need for a savior. Evolution calls God a liar and like in a David and Goliath stand-off we need to learn how to accurately throw stones to kill an adversary. 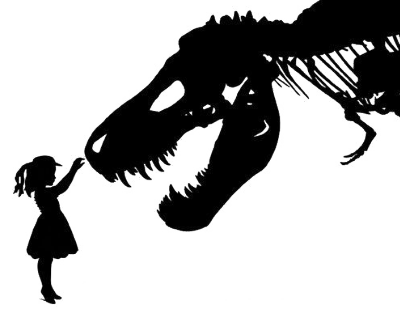 Evolution at its heart is simple variations on a Kind of animal or Species, like a bird now having a different color in their feathers.  Evolution became a tool dominated and promoted by atheist and Communist.  The Evolutionary views of today are more anti-God undercutting the Gospel Message than ever before because it has become accepted in our common culture.  And, of course, for those who say they follow Jesus and the God of Israel this has become a huge stumbling block that needs to be overcome.

For me, the non-science nerd, having a basic understanding of Creation Science encouraged me in my faith, it gave me greater confidence in God, and made my witness to others better.  The ideas of Evolution were sitting out there in our culture and I could not go very far without it lifting its head somewhere and again challenging my faith or when I was witnessing to someone.  For the longest time I just ignored it, but with the help of some of those science nerds I began to understand some of the really cool stuff about God.  It gave me an encouraging insight into the wonder and might of our Creator.

Here are some resources to help you get started.