There are two types of circumcision discussed in the Bible, internal (of the heart – reflecting a repentant heart through faith) and external (of the flesh – done by obedience to God's laws).

First, circumcision of the heart is a reflection true repentance and of a genuine faith in God and his covenants.  Let's call this: "Having the right attitude" towards God.  Proverbs 4:23 (NIV): “Above all else, guard your heart, for everything you do flows from it.”  The evidence of having a circumcised heart is one's natural desire to want to please God, to obey him, and having a genuine believe and respect that God's ways and laws are the way they should live.  In the New Testament, we call this being "restored" or "reconciled" to God.

Second, physical circumcision, as commanded in God's laws, cuts the foreskin from a male’s penis as a 'sign' of being a part of God's covenants.  This is done as a matter of obedience by disciples of Messiah after their heart change (circumcision of the heart).  This is done by faithful and obedient parents to their new baby boys on their 8th day and also done by adult men disciples out of obedience.

Many confuse and try to make circumcision a “controversial” issue by twisting Paul’s writings using Acts chapter 15 and 1st Corinthians chapter 7: 18-20.  Remember we should weigh and attempt to reconcile supposed conflicting ideas and not let one idea override weightier scriptures from the Old Testament.  Let us attempt to dig deeper.

BUT WHY DID PAUL CIRCUMCISED TIMOTHY in Acts 16:3?  “Paul wanted Timothy to accompany him, and he took him and circumcised him…” (ESV)

Okay now.  Are we all sufficiently confused?!  It appears on the surface that Paul says circumcision accounts for nothing, BUT Paul circumcised Timothy.

PAUL IS ARRESTED FOR TEACHING AGAINST CIRCUMCISION. 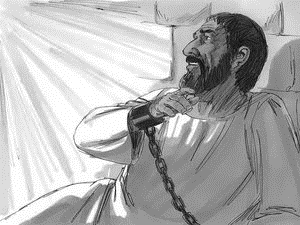 In Acts 21:21, Paul is arrested upon the charges “that you teach all the Jews who are among the Gentiles to forsake Moses, telling them not to circumcise their children …”

In Acts 24:14, Paul defends himself against these false charges by saying:
“But this I confess unto you, ... so worship I the God of my fathers, believing all things which are written in the law (Torah) and in the prophets.”

The criminal charges against Paul probably originated from the Jews misunderstanding Paul’s teachings on Circumcision – as also many do today.  Paul taught that True Circumcision is of the heart and is a genuine inward conversion.  That one can be circumcised physically (“in the flesh”) but not be circumcised in the heart (“in the spirit”) and thus not be truly circumcised according to God and Scripture.

Deuteronomy 10:16 (ESV):  “Circumcise therefore the foreskin of your heart, and be no longer stubborn.”

King David writes in Psalms 51:10-11 (ESV):  “Create in me a clean heart, O God, and renew a right spirit within me.  Cast me not away from your presence, and take not your Holy Spirit from me.”

There are several separate issues that are going on here in Paul’s world about circumcision:

ISSUE #4:  Physical Circumcision counts for nothing, BUT…

Back to 1st Corinthians chapter 7, Paul writes in verse 19 (ESV):  “For neither circumcision counts for anything nor uncircumcision, but keeping the commandments of God.”

In Genesis 17:9-14, God’s commandment is to circumcise all adult male converts and baby boys on their 8th day.  So what is going on here?

The act of physical circumcision means nothing without the inward faith and conversion – for this is what God really wants: A Genuine Faith of the Heart.

Paul’s point here is that as a new convert in the faith you need to focus on obedience to the commandments of God.  James writes that obedience to God is how we ‘prove’ our faith, for faith without works is dead, but not any works is acceptable, only the works of obedience to God’s Laws and Commands in the Scripture are acceptable.

I suggest Paul’s main point is that we should not pressure new converts to be circumcised outwardly (“in the flesh”) – which has no value in and of itself without true circumcision, that of the heart, that is done by the work of the Holy Spirit.

WHAT IS THE WHOLE POINT?
Focusing on outward acts of obeying God without a transformation from the heart is useless.  So if you love God (in your heart) you will obey him (in your flesh).  That without faith it is impossible to please God. But for Faith to work you have to have actions that please God which is obedience to God's Laws, and yes obedience to physical circumcision for males. Paul teaches that WE NEED TO BE PATIENT WITH NEW COVERTS to let the Holy Spirit do the transforming work required inside of them upon their hearts.  Let the Holy Spirit do the convicting of obedience then they will be obeying God instead of us. 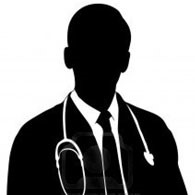 Just like any person can put on a stethoscope and white lab jacket, go down to a hospital and “look” like they are a doctor – this does not make them a real doctor.  They are a fake, a fraud, an impersonator.  The outward appearance means nothing WITHOUT the genuine nature and change of the person inside.

BUT a real and genuine doctor WILL put on the outward appearance of the stethoscope and lab jacket because that is what doctors do as a part of who they really are.  Just like those men who truly have faith in God will become circumcised in the flesh, because that is what those who are circumcised of the heart do, they obey God as he outlines in the Bible.  And parents, in circumcising their baby boy, it is an expression of the parent’s faith and obedience to God.

Paul taught that in the Torah, God’s main concern all along was for us to be converted (“circumcised”) in our heart first.  That we should not pressure new male converts to become physically circumcised first.  That physical circumcision for should be done as an act of obedience, out of faith from the heart, when they are ready.

ISSUE #3:  Physical Circumcision TO BE SAVED?  No Way.

There were some in the Early Church who demanded new converts to the faith be physically circumcised first in order to be saved.

Acts 15:1 (ESV):  “But some men came down from Judea and were teaching the brothers, ‘Unless you are circumcised according to the custom of Moses, you cannot be saved.’”

As is with the model of Abraham, Salvation is by Faith in God not by any act we can do.  While Abraham was still uncircumcised he believed (had faith) in God – and God counted it to him as righteousness.  THEN Abraham obeyed God in becoming circumcised as an act of proving his Faith.  For it is by Faith in God he proved he became had truly been circumcised, that of the heart.  The act of physical circumcision means nothing without the inward faith and conversion – for this is what God really wants: A Genuine Faith of the Heart.

In Romans 4:3,10-11 (ESV), Paul writes:  “(3) For what does the Scripture say? ‘Abraham believed God, and it was counted to him as righteousness.’ … (10) ‘How then was it counted to him? Was it before or after he had been circumcised? It was not after, but before he was circumcised.  (11) He received the sign of circumcision as a seal of the righteousness that he had by faith while he was still uncircumcised.’”