[ Main Page: Jesus (Y’shua) is God in the Flesh – The Real Biblical Trinity ]

3-in-1:  Three parts to one individual being or person
– this is the real Biblical Trinity concept.

Some so dislike the use of the word ‘Trinity’ all-together but yet would agree on the principles I present in this Biblical Trinity Series, maybe with a few slight variations.  Others disagree that Jesus (Y’shua), the Messiah of Israel, is God – this is the more disturbing condition.  The God of Israel is most definitely one, single, awesome individual being or person.  Most Anti-Trinity arguments are focused toward the Roman Catholic Doctrine of the Trinity (3 persons) which I agree is not Scriptural, and I need not address these.

I suggest to you that if you deny the Father, Son, or Holy Spirit – since they are the same person (the God of Israel), then you deny who God really is and in effect are denying God.

BUT The Trinity is Pagan!

I think the root cause of much confusion within the Messianic / Hebrew Roots Movement is the alleged Trinity-Pagan connection.  Many argue that the Trinity concept comes from pagan gods and therefore, in our righteous zeal to rid ourselves (rightly so) of pagan influences, we must also deny the Trinity Doctrine.  Based purely upon this idea, we would also have to throw out the doctrine of the resurrection, because there are much more pagan connections to concept of resurrection than to the Trinity.

Okay guys and gals, let’s think about this.  The Catholic Trinity Doctrine that states that God is “three persons” but united in purpose and will.  This actually suggests that there are three individual persons or gods.  As we have seen in this Biblical Trinity Series, Jesus (Y’shua) is the action, body, doing part of God, but the same person – one person – one being – one God.  Just because Satan attempted to pollute or counterfeit the Trinity concept and incorporate it into pagan gods does not mean the idea, when taken from Scripture is wrong.

Some, try to prove that Jesus (Y’shua) IS NOT actually YHVH, the God of Israel in the Flesh, used this Scripture to support their argument:

This could not have been the Father, for no one has seen or heard the Father except the Son.  This could only have been the Messiah, the physical, action, doing part (body) of God.  Just like who was walking in the Garden of Eden with Adam and Eve?  Who gave the 10 commandments at Torah at Mount Sinai?

“And the Father himself, which has sent me, has borne witness of me. You have neither heard his voice at any time, nor seen his shape.”

Who is The Word?

1 Peter 1:23 (ESV):
“… you have been born again, not of perishable seed but of imperishable, through the living and abiding word of God …”

What is Eternal Life? 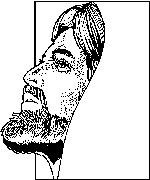 I suggest to you that if you deny the Father, Son, or Holy Spirit – since they are the same person (the God of Israel), then you deny who God really is and in effect are denying God.

In John 17:3: Jesus/Y’shua, while looking up to the Heavenly Father, said:
“And this is eternal life, that they might know[G1097] you, the only true God, and Jesus Christ, whom you have sent.”

In Exodus 3:14, God declares himself to Moses as “I AM” meaning the self-existent one.  In John 8:57-59 (ESV): “So the Jews said to him (Jesus/Y’shua), ‘You are not yet fifty years old, and have you seen Abraham?’  Jesus said to them, ‘Truly, truly, I say to you, before Abraham was, I am.’  So they picked up stones to throw at him…”  Here Jesus (Y’shua) is professing to be the “I AM” – that is God, the Father (YHVH) – that is the God of the Old Testament.  This is why the Jews attempted to stone him because he, being only a man in their view, professed to be the one true God of Israel.

In John 14:6-7 (ESV), Jesus (Y’shua) said:  “I am the way, and the truth, and the life. No one comes to the Father except through me. If you had known me, you would have known my Father also. From now on you do know him and have seen him.”

Revelation of the Aleph Tav

The ‘Aleph’ is the first letter in the Hebrew language and the ‘Tav’ is the last – just like the ‘Alpha’ and ‘Omega’ is in the Greek language.  [see detailed article]

In Revelation, Jesus (Y’shua) states that he is the first and last, the beginning and the end, the Aleph and the Tav (Hebrew) or the Alpha and Omega (Greek).  Over 9500 times in the Old Testament, there is an Aleph-Tav Mark when reading the original Hebrew that is often not translated or mistranslated into the English and other language translations of the Bible.  This is, in fact, the Mark of the Messiah.

Who Walked with Adam and Eve?

Genesis 3:8:
“And they (Adam & Eve) heard the voice of Aleph-Tav (the Messiah) YHVH Elohim (God) walking in the garden in the cool of the day…”

Who Gave the 10 Commandments and Torah (The Law)?

Deuteronomy 5:4 :
“(The LORD) YHVH talked with you (Israel) face to face in the mount out of the midst of the fire …”

Exodus 20:1-3:
“And Elohim (God) Aleph-Tav (The Messiah) spoke all these words, saying, I am (the LORD) YHVH your Elohim (God), who brought you out of the land of Egypt, out of the house of slavery.  You shall have no other gods before me.”

Who is The Creator of the Universe?

Genesis 1:1:
“In the beginning Elohim (God) Aleph-Tav (the Messiah) created the heavens and the earth.”

See The Aleph Tav for Yourself

You can see the Aleph-Tav Mark of Jesus (Y’shua) in a Hebrew Tanak (Old Testament).
The Messianic Aleph Tav Scriptures highlights it.  www.AlephTavScriptures.com

Did Jesus (Y’shua) Pray to Himself?

The answer is Yes.

Some snicker with laughter and mock the idea that the Messiah prayed to himself, saying that this proves the Messiah and the Father are not the same person.